Back to
Vulnerability
Index map 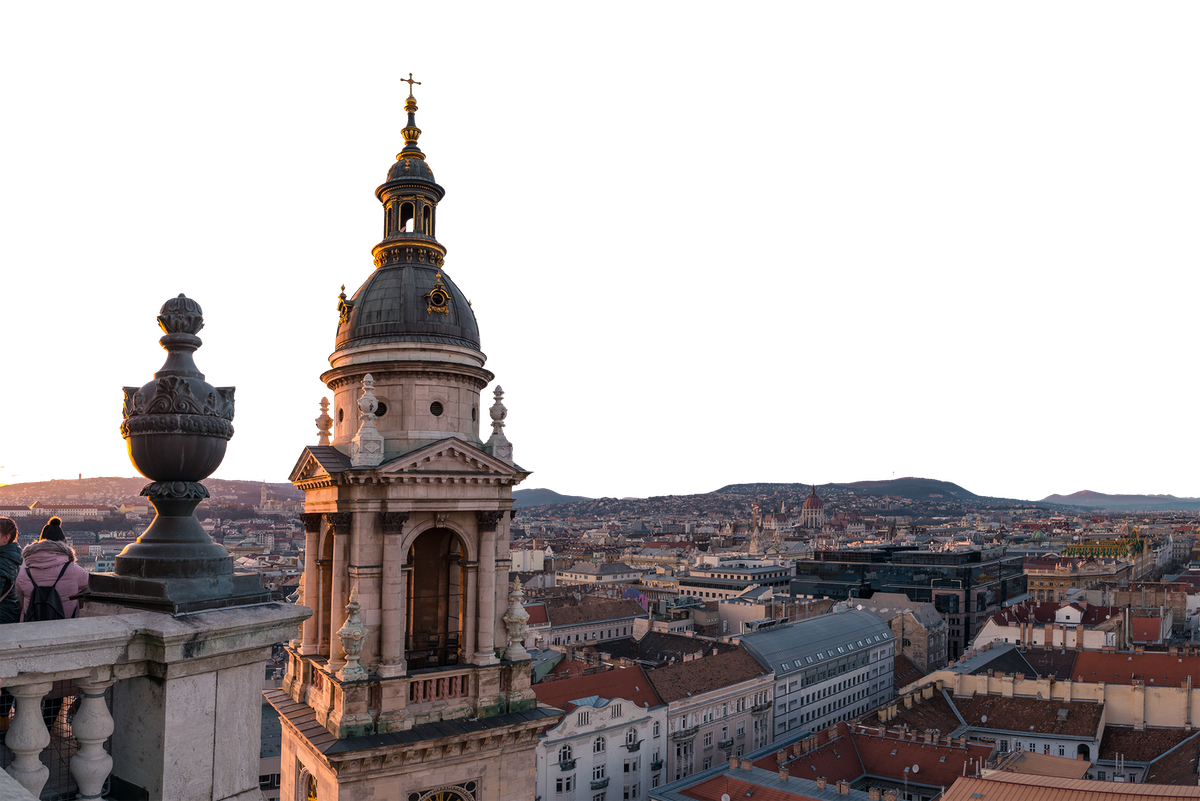 Most resilient in:
40Public administration
Most vulnerable in:
51Civic and academic space

Compared to other EU countries assessed by the Vulnerability Index, Hungary faces greater vulnerability to foreign influence across multiple areas. Government control over certain segments of the public sphere, in particular, has contributed to extreme political polarization and a severely weakened civil society, academic space, and information environment. Leading mainstream media outlets, in recent years, have repeatedly disseminated messaging that accords to government views. Most Hungarians, consequently, have been exposed to manipulative information and narratives promoting pro-Kremlin and/or pro-Beijing interests on a regular basis.

Despite an open door, the Kremlin and Beijing have exerted only limited effort to build covert networks in the country through which they can exercise their influence.

The populace’s continued backing of democracy, the EU, and NATO, meanwhile, constitute key pillars underlining the country’s resilience and its potential to foster a stronger democracy premised on a pro-transatlantic foreign policy orientation.

Most resilient in:
40Public administration
Most vulnerable in:
51Civic and academic space

Focus on other country 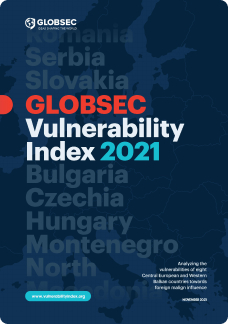 The most
resilientThe most
vulnerable
Share this country report

With the public supportive of EU and NATO and trusting the institutions, Hungarian minds are less vulnerable to direct foreign influence.

78% of Hungarians would choose to stay in the EU and 80% support NATO membership. Hungarians are also least likely to believe the narrative about the EU dictate, and have the largest support for the EU acting as one block on the world scene. Yet these strong inclinations have been challenged by the current political climate.

Given Hungary’s historical experience, its citizens have been traditionally skeptical towards Russia. This is slowly changing, as the ruling party and the media it controls actively disseminate narratives in line with pro-Kremlin interests. Today, 35% of Hungarians consider Russia to be their most important strategic partner, compared to only 13% for the US.

The efforts of the government and the pro-Kremlin scene have been successful in selling Russia and China as a political, economic, and military powerhouses without any reference to the threats they pose (e.g. data access via Huawei 5G networks, dominance over certain economic sectors, loan dependence), which is a key tool in turning societal attitudes into a vulnerability.

Hungarians’ views on democracy can also be a potential vulnerability. While, according to a recent poll, the population accepts democracy as a system of governance in general, they agreed less on the finer details of democracy, and many might support what PM Viktor Orbán termed “illiberal democracy” or "protecting traditional values”.

I think there is a threat of Russian expansion. Well, the elderly people remember how happy they were in 1991, (…) when the last tank left and the Russians withdrew. Now I think they’re here again. They are embedded in politics, in everything, and I think we have to be afraid of a Russian expansion.

Opening the door to malign actors, the ruling elites in Hungary drive the country’s vulnerability.

There are two main camps on the Hungarian political landscape. The right-wing bloc represented by the Fidesz and KDNP ruling parties, and an opposition bloc consisting of a diverse range of actors that unified at the 2019 municipal elections.

Hungary’s EU membership is one of the very few points on which both sides of the spectrum agree. Nevertheless, the ruling parties have launched multiple anti-EU campaigns, often based on manipulative claims.

NATO membership is also undisputed, and is not part of the public discourse. The government meets NATO commitments, occasionally utilizing the notion of the Alliance as a key player in the fight against illegal migration.

The ruling coalition has cultivated a close relationship with both the Kremlin and Beijing, and continues to play the role of being their Trojan horse within Western alliances. This manifests itself in Hungary’s anti-sanctions rhetoric vis-à-vis the Kremlin or arguments against freezing the ratification process of the EU-China Comprehensive Agreement on Investment. As one of the experts noted during an interview for the Vulnerability Index, Hungary would not be such an enticing partner for either Russia or China if it was outside Western alliances.

For us migration is not a solution but a problem ... not medicine but a poison, we don’t need it and won’t swallow it.

Viktor Orbán, Prime Minister and the leader of Fidesz, 2016

Following the accession of Viktor Orbán in 2010, Hungarian public administration has undergone centralization with the aim to strengthen the prime minister’s cabinet position. As a result, crucial components of a healthy democracy are questioned today. There are concerns about judicial independence, the system of checks and balances, transparency, as well as the quality of the legislative process.

23 of 39 surveyed experts think that public authorities do not address the activities of either pro-Kremlin or pro-Chinese actors in the country.Severe shortcomings are evident in the security system as well. The agencies are tight-lipped when it comes to foreign influence, which is reflected in the country’s key strategies and documents. According to one of the interviewed experts, NATO allies hesitate to share sensitive information with Hungary, as they are concerned about possible leaks to hostile powers, adding that Hungarian intelligence cannot currently fulfill its basic tasks.

Corruption remains an issue too; Hungary ranks 69th on the 2020 Transparency International’s Corruption Perception Index, joining Bulgaria and Romania as the most corrupt EU countries. Few high-level corruption cases are brought in front of a court, with government and law enforcement instead focusing on low-level corruption.

The country’s World Press Freedom Index ranking dropped from 23rd to 92nd place in the last 11 years, reflecting the ruling party’s ongoing measures to tighten its grip on the media sector. As a result, the ruling party now has either direct or indirect control of over 470 media outlets, including the public broadcaster. Prominent examples of formerly independent media outlets turned pro-government include Hír TV and Magyar Nemzet.

The Pegasus scandal also underscores the dramatic situation between the government and independent media. The surveillance software – which can only be purchased by state actors – was used against several government-critical journalists and the owner of Hungary’s largest independent media portal1.

Overall, the Hungarian information space has been an easy playing field for the Kremlin and Beijing, as a large part of mainstream media outlets offer them favorable coverage. They have therefore not been forced into creating their own media infrastructure within the country.

All of these factors contribute to widespread mainstream media distrust, which has increased substantially from 55% to 69% over the past year to the highest in the V4.

1 The Hungarian government has never admitted having used the software.

Hungary is the most politically polarized of the covered countries. This polarization is visible throughout public life, including civil society.

In line with this division, there are two main CSO types in Hungary: the independent civic sphere that has been facing both verbal and legislative attacks, and government-controlled organizations that primarily serve to justify the government’s policies. The latter include think-tanks that praise the government’s “Eastern Opening” policy, with experts appearing in pro-government media without counterbalance.

The most notable form of attacks on the independent civic sphere were the lex-NGO proposal (according to which organizations receiving foreign funds over EUR 20,000 would have to declare themselves “foreign funded organizations”)2, or its successor which enables the State Audit Office to annually “inspect” organizations with an annual budget over EUR 55,000.

Academic freedom has also sharply decreased from 0.96 to 0.44 points3 in eleven years, according to the V-Dem index. A common occurrence has become the creation of educational organizations and the transfer of state-owned universities into the management of public benefit foundations with government-appointed boards.

Controversies linked to two universities - CEU and Fudan - stand out. While CEU was ousted from Hungary based on a lex-CEU that alleged multiple wrongdoings including “ideological education”, the government never raised such concerns in connection to the Chinese Fudan University, and the increased influence of Chinese Communist authorities that such campus would potentially bring Hungary.

2 Lex-NGO was never put into practice, partly due to objections from Brussels.

3 The scale ranges from 0 to 1, where 1 marks the highest level of academic freedom and 0 marks the lowest. https://www.v-dem.net/en/analysis/CountryGraph/

Focus on other country